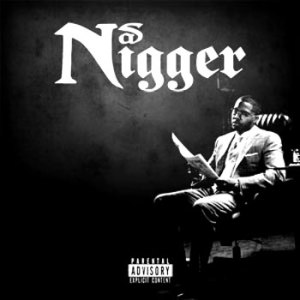 It remains one of the most vivid memories of my childhood: There I sat in the back of the yellow bus, waiting to depart from the school parking lot after a day’s worth of kindergarten.   I was four years old and terrified, as I often would be throughout the first three years of my elementary school era.  An angry shout came from across the aisle:

This came to be my nickname at Northview Heights Elementary. My mother, after experiencing school integration in its earliest form attending T.C. Williams in the early 70’s, decided that her children would undergo an education that was both academically and culturally enriching.  So here I was, in the heart of one of the Pittsburgh projects,  the only white kid on a bus of 20, wondering why everyone looked at me with contempt.

I had no idea what that word meant.  I was still trying to figure out what letter came after K in the alphabet, and why my shoes never stayed tied with one loop. So I complied.

“Terrance, you hear that white boy say that! Ain’t you swole? Man, you better punch him for that!”

Terrance was a fond classmate of mine, and ended up being a great friend in later years, but on that bus ride, he was forced to confront a situation that had centuries of race relations floating between the aisles.   Punches were thrown. Tears were spilled.  And my bewilderment towards the word “Nigger” was never the same.

For a word that was initially created in hatred and degradation, “nigger” has evolved into a word with a variety of connotations. Recently, we’ve had rich white men (movie executives, FCC regulators, Bill O’Reilly, etc.) try to tell black people that they shouldn’t be able to say it.  As a fellow white man, with inherited white male privilege, I think we have as little say in the matter as we do to tell a woman what to do with her body.

As white people, we need to stop being offended by the word, and start to accept the fact that we aren’t allowed to say it.  Coming out of my mouth, “nigga” or even worse, “nigger,” is a word of hatred and ignorance.  Coming out of Terrance’s, or Kanye’s or Cornell’s or Jamie Foxx’s mouth, it’s a word of remembrance, camaraderie, and strength.  That’s why I find myself angry when the radio chooses to censor a song like “Niggas in Paris” (really, the Grammy went to “Ni[asterisk] [asterisk]as in Paris), when the word choice is so poignant and relevant.  Don’t blame Kanye and Jay-Z for using “nigga” in a song title. We can’t pretend like the song could have been called “black guys in Paris” or “rappers in Paris.” The whole point of using the word “nigga” is to signify an exceptional example of black success.  These men, who faced racial oppression throughout their American upbringing, have overcome their own country’s racial obstacles to attain elite status.  Now they’re self-crowned “niggas,” traveling the world, expatriates of their time, exuding wealth and decadence.

A similar controversy erupted a few years prior when Nas planned to title his 2009 album N.I.G.G.E.R., and the media shut the name down, aiming to bury the word as we have consistently attempted to bury years of racial oppression into our country’s far gone past.  Media moguls, Bill O’Rielly and Al Sharpton, and Oprah Winfrey to name a few, struck a fiery opposition to the title, claiming that spreading the word’s usage would only perpetuate its undertones of racial hatred. Whereas Nas’s album was loaded with poignant racial and societal commentary, that fact was ignored behind the controversial title.

The problems that stem from the prevalence of the word “nigga” come from our own misunderstanding of our current race relations.  We cannot blame rappers, or any black person for using the word.  Instead, we should draw attention to our broader issues that give such heated debate to the word’s usage.  Ignorance of white privilege. Denial of subtle racism and our contemporary caste system.  The stupid and blind perpetuation of a post-racial America. These are the problems that we need to face, before we go about trying to stop rappers from saying “nigga.”

I hold no anger towards my mother for choosing to place me in a school where I represented the 1% statistic of white enrollment. In fact, when my mother transferred me to a different elementary school in third grade because I was being bullied day-in, day-out, I pleaded tirelessly to let me stay. Despite all the anger and tension and culture shock, I grew fond of my “white boy” nickname, embraced my ability to make friends, and even now, find comfort in the fact that I received a cultural wake-up that few white kids are forced to face in their lifetime.

The problem is, very few white kids receive the cultural wake up that I find myself privileged to have had at the age of four.  Rather, there are too many kids think they can say “nigga” because they have a black friend who called them that once.  Or because their mom told them that racism is a thing of the past.  Or simply because they want to seem cool amongst other white friends.  We need to teach our children why the word exists, where it comes from, and what it signifies to different people, so they don’t grow up to be the next rich white bigot who tries to stop rappers from embracing their heritage.  That seems like a fantastic introduction to American race relations.